A Latinx founder, Pierson built The Newsette from nothing to $40 million in revenues and profits of at least $10 million last year, she says. Two weeks ago she sold a small stake in The Newsette to an investor in a transaction that values the company at $200 million. It’s the first outside money she’s taken (besides a $15,000 loan from her parents, which she repaid), and she remains the company’s majority shareholder.

She is also a cofounder and co-CEO of less-than-year-old mental health startup Wondermind with singer and actress Selena Gomez and Mandy Teefey (CEO of Kicked to the Curb Productions and Gomez’s mother). Her stake in that company, combined with cash and other investments she’s made, puts Pierson’s net worth at $220 million, Forbes estimates. (Update: on August 11, Wondermind announced on Instagram that it raised $5 million at a $100 million valuation led by investor Serena Williams’ Serena Ventures.)

Pierson, who turned 27 last week, is ten months younger than Lucy Guo, the richest under 30 BIPOC woman on Forbes’ 2022 list of America’s Richest Self-Made Women. Guo, who will turn 28 in October, cofounded tech firm Scale AI and appeared on Forbes’ list worth $440 million. The only other self-made woman on the Forbes list younger than Pierson is Kylie Jenner, who just turned 25 on Wednesday, August 10. (For context, the cutoff to make the 2022 Self-Made Women list, published in June, was $215 million.)

When Pierson was a sophomore at Boston University in 2015, she couldn’t find time to visit her favorite websites, so decided to create a newsletter that would curate the culture, business, beauty and wellness content she and her friends wanted to read. She first told people she was working as an intern for a cool newsletter company. “I didn’t want to say I was the founder,” she explains, partly because she lacked confidence. But she hustled, printing out copies and putting them in the common areas and lobbies of buildings around the university.

It wasn’t until after she graduated that Pierson started soliciting advertising. She says revenues went from $1 million in 2019 to $7 million in 2020 to $40 million in 2021, with partnerships and advertisers that have included Bumble, Fidelity, Old Navy, Twitter and Walmart. She made the Forbes Under 30 list in the Media category in 2020, when she was 24.

Now her free newsletter–which blends news and links to articles about things like natural beauty products–has more than 500,000 subscribers, mostly women ages 18 to 35. It’s mostly smarter than the Daily Skimm with an irreverent attitude similar to that of Morning Brew’s daily email. Subscribers get points for referring new readers via a personalized referral code; the points can be used to redeem anything from an “exclusive Sunday newsletter” (3 points) to a variety of swag: a coffee mug (15 points), a “cool” sweatshirt (55 points) or free coffee for a year (350 points).

Inside Newsette, she also started creative agency Newland, which creates TikTok channels for clients and helps them find influencers to market their brands, in 2020. Its first campaign was for Amazon on International Women’s Day 2020, highlighting 20 small businesses started by women. Business has mostly grown through word of mouth, says Pierson; the agency hasn’t had an official launch yet and only recently launched its own website, but accounted for a higher percentage of revenue than the newsletter business did last year and also for 60% of her 40 employees, she says. (She’s just hired 10 more employees who will start next month.)

The newsletter maven relishes her good fortune but is up front about the fact that she isn’t the typical ideal of a successful businesswoman. “I have OCD and depression. I was a horrible student,” she confesses.

Her mother grew up poor in Colombia and eventually became an oral surgeon and her father, who grew up in Niagara Falls, New York, owns car dealerships in Jacksonville, Florida–where Pierson was raised. As a young child Pierson had trouble sleeping; she was bothered by the fact that there was black tape on one side of her bed but not the other–it wasn’t even. She developed rituals including looking under the bed until it “felt right.” In her high school health class, she realized while studying mental health disorders that she had OCD. “I was considered the dumb twin to the valedictorian in my class,” she says. Her twin sister, who writes under the name Alex Aster, went to the University of Pennsylvania, graduated summa cum laude, has 1 million followers on TikTok (making her one of the most followed authors on the social media platform) and has published two popular young adult fantasy/thriller books–one of which is being made into a movie by Universal and the producers of the movie Twilight.

Pierson didn’t seek treatment for OCD until she was a senior in college. Her GPA had dropped to below 2.0 in the second semester of junior year and she was worried she’d be kicked out of school if she didn’t get her grades up. In addition to looking under her bed, “I would slam my hands on the ground–that was part of the ritual–so hard that my hands started bleeding one day,” she recalls. “I was crying every single day for three months.” She knew she needed help, but also knew her parents didn’t believe in therapists. With some of the affiliate money that had been coming in from The Newsette, she paid to see a therapist who prescribed Prozac; that, with some cognitive behavioral therapy, turned things around. She made the dean’s list senior year and got nearly all A’s.

“Something that Danny and I have in common: we don’t like to gloss over hard things,” says her sister Aster. “She has this amazing life and she’s so successful,” but not everything came easy. Aster was initially rejected by multiple publishers and parted ways with her agent before pitching her book on TikTok, which led to an auction among publishers and a six-figure advance. The sisters are close and have helped each other – Aster would copy edit The Newsette for Pierson every morning in the early days, and Pierson reads Aster’s chapters first. “I trust her opinion over anyone,” says Aster.

Driven nearly to a point of excess, Pierson says she took her first one week vacation in four years last month. “I couldn’t relax,” she says. “Nothing brings me as much happiness as building companies.” Still, she says that her OCD has evolved but not disappeared; she’s learned to not only cope but hopefully also be an inspiration to others. “I don’t want anyone with mental health issues to count themselves out from being successful,” says Pierson. “I want to show the world that success can look different.”

Courtesy of Forbes Magazine, “Under 30” 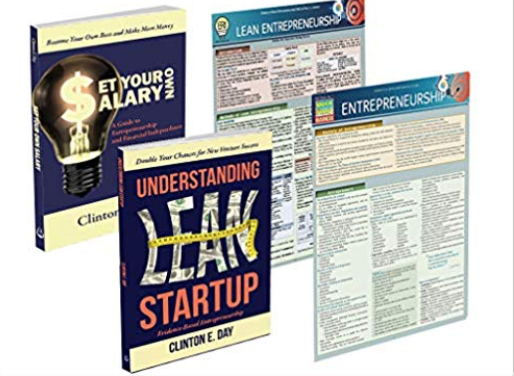